Since its inception, Nesher has taken it upon itself to promote Israeli industry. As Nesher’s entire production set-up is located in Israel, Nesher is in a position to significantly influence the production and consumption of “Made in Israel” products in Israel.

Nesher Israel Cement Enterprises is the leading cement manufacturer in Israel and one of the cornerstones of the development of the Israeli construction and infrastructure industry. The Company provides most of the cement consumed by the Israeli market, as well as the Palestinian Authority in Judea and Samaria.

Nesher was founded in 1925 and thus realized the vision espoused by Benjamin Ze’ev Herzl in his book “Alteneuland”: ” The plan for building a homeland for the Jewish people must take into consideration the founding of a Hebrew cement factory as well “. The company today constitutes a prominent force in Israeli industry with a history that is interwoven with that of the State of Israel.

Nesher’s main plant is the Ramla plant – one of the largest cement plants in the world both in terms of production volumes and in terms of the use of advanced, environmentally friendly manufacturing technologies. The Company also has a plant in the town of Nesher, named after the Company’s first plant.

Nesher operates under the parent company Mashav, which is fully held (100%) by Clal Industries, of the Access Industries Group. Access, one of the world’s leading holding companies, was founded in 1986 and operates in the industrial, communication and real estate markets. Since its inception, Nesher has taken it upon itself to promote Israeli industry.  As Nesher’s entire production set-up is located in Israel, Nesher is in a position to significantly influence the production and consumption of “Made in Israel” products in Israel.

Nesher considers itself to be responsible for the foundations of all of the infrastructures, buildings and structures in Israel and as a part of a strategic industry, vital to the state of Israel. The Company is therefore committed to operate transparently, fairly and ethically while maintaining an ongoing dialog with all its relevant stakeholders.

One of the outcomes of this policy is the meticulous attention to the environment, where over the years the Company has been awarded numerous awards and prizes, including the UN award.  In its production processes, Nesher makes extensive use of altenative raw materials and fuels, thus reducing the use of natural resources.

Nesher believes in providing its customers with professional, efficient and friendly service constantly strives to adapt its activity to customer requirements. Nesher’s customer service call center is available 24 hours a day in an effort to provide immediate, reliable response and an uninterrupted supply of cement. Customers may also call the Process Support department, set up to provide special assistance in solving unforeseen problems encountered by our customers and to provide assistance with all construction-related matters. We are deeply committed to our customers and view them as full partners.

One of our main corporate values is commitment to and concern for the safety of our employees – from field workers to senior management. Nesher has developed a comprehensive set of safety instructions, created a secure work environment and carries out frequent checks to prevent accidents and the personal safety of all employees. 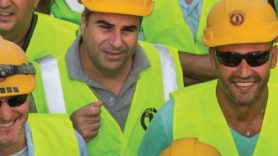 Nesher believes in creating a stable, worthy and safe working environment for all company employees. This conviction stems from a profound commitment to the workers and appreciation for their endeavors. 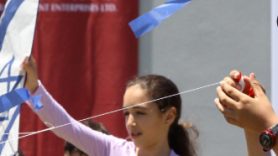 Nesher has placed high on its agenda the integration of industry, environment and community, and operates in accordance with a multi-year plan intended to expand the community activity and its community relations.